According to island of Ireland audited data on Irish websites from ABCe, boards.ie has the second highest number of unique visitors in Ireland, currently at 1.7 million compared with RTÉ’s 2.1 million visitors. This is more than the combined audited figures for both the Irish Times plus MyHome.ie (1.5 million) and for IN&M’s Irish Independent plus PropertyNews.com (1.2 million). 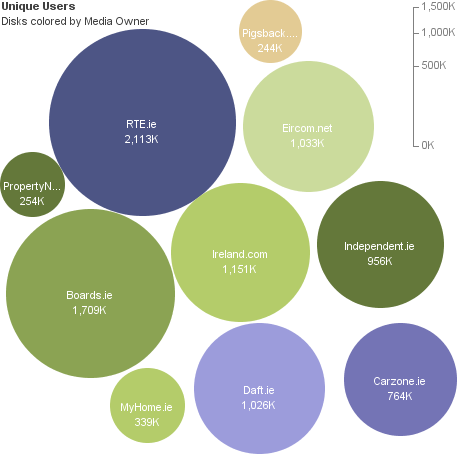 Daft currently tops the page impressions league, with 86 million pages in September 2008. boards.ie had 22 million, ahead of the Irish Times and the Irish Independent (18 million each).

You can view the September 2008 ABCe certificate for boards.ie. See also the press release from Daft.

1 thought on “boards.ie has the second highest number of unique visitors to an Irish website”